Horary acts as an entry to many branches of astrology, and this comprehensive course will challenge, stretch and greatly enrich your understanding of astrological philosophy and symbolism generally, as well as horary specifically.

Benefitting from over 25 years' development, in-depth research and continued investment into improved delivery methods, the STA’s Practitioners Level Horary Course has gained an outstanding reputation for the uniqueness of its syllabus and the ease with which it clarifies fundamentally important astrological principles which are seldom explained elsewhere.

Although traditional techniques lie at the heart of the study, the course is fully focused on the consulting needs of the modern astrologer, with the aim that everyone who completes this course will gain confidence and competence in this enormously valuable branch of judicial astrology.

I have found the practitioners level horary course to be fully UNDER-SOLD and OVER-DELIVERING in terms of the information, insight, and intensely poignant revelations on traditional astrology. There is nothing else like this out there. Thank you for creating such comprehensive material.

I can't recommend the online course highly enough. For anyone who is interested in horary, STA offers a comprehensive and engaging course. The support and encouragement, not only from my own tutor but the wider STA community, was fantastic. If you love horary, you'll love this school.

The impression I have from this Horary Practitioners course and from the school in general is excellent. I'm really grateful I was a student at STA School. A big BRAVO to everyone.

The course was brilliant, enjoyed every moment of it. ... The hand out information is excellent and gives everything we need to refresh and revise. The use of real life case studies was inspiring and this provided a real world context which helped to root the theory into practice.

Considering the STA course from the perspective of a consumer, I challenge you to find a more thorough and professional presentation of horary, complete with charts, notes, and references to both modern and ancient astrology, for what you will pay for this class. I cannot say enough good things about this class. If you are at all considering taking this training just do it!

Never in my life have I enjoyed studying.. until Now! The Horary course was more than I could ever expect, and has touched my heart.

It's years since I have been this enthralled by astrology, I look forward to every presentation and my expectations have always been exceeded.

Thank you for the wonderful slides, graphics, and handouts. I know how much labor is involved in all of this and you have done an absolutely amazing job bringing this material to life! You all are very good teachers!

The format of this course has been developed to maximise the advantages of online delivery. Twenty session themes are delivered on a weekly basis, through a combination of supplied course notes, modern media presentations, online tutorials and set assignments. Each student studies at their own pace and in their own time, but always with easy access to guidance and support from the tutors, and with the benefit of supplementary study-group discussion.

A typical session will include: a live presentation (attendance is optional: this is recorded and can be watched or reviewed later); a reading and self-study assignment; workbook activities or additional example charts to aid preparation for the session assignment; an online assignment which tests understanding of the session’s main principles, and an 'Answer Key' document which provides extra follow up material and more information on points discovered through taking the assignment. The tutors deliver and guide the week's content, review student assignments, give personalized feedback and are always readily available for questions and feedback. We also encourage students to engage in group interaction through forum discussion, and through some of the extra chart discussion sessions that we host within the course.

Details of the tutors and lecture times/dates are provided in the course Prospectus for each course (see table below for available start dates). The course also provides an active forum for group discussion and several 'student-chart' meetings which provide further opportunity to engage in horary practice and exploration. Our course has gained a great reputation for its excellent level of tutor interaction and student engagement, and no one will miss the opportunity to have their questions addressed in a timely manner by one of our expert tutors.

The course material was written by Deborah Houlding and benefits from a world class tutorial team which includes some of the most experienced and highly regarded internationally known horary astrologers (click the names below for details of our main presenters). Guest presenters who also play a role in delivering this course include Fernanda Boaventura, Nina Gryphon, and Morgan Le Gall.

Deborah Houlding, founder of the STA School, is based in the UK and has worked as an astrological consultant since the late 1980s. Her articles on horary have been translated into many languages and have appeared in numerous international journals. She was the founder of Ascella Publications (specialised in the republication of traditional astrology texts), editor of The Traditional Astrologer magazine (1993 to 2000), and creator of the Skyscript astrology website. She has also worked as the Horary Editor for the Astrological Association of Great Britain's Journal, and the The Mountain Astrologer magazine, which presented her serialised 'Introduction to Horary Astrology' in 2013.

Deborah's book, The Houses: Temples of the Sky is regarded as an essential text for anyone seeking an informed knowledge of the development and practical use of astrological houses. It is available in Czech, English, German, Italian, Japanese and Turkish. Deborah is also the author, with Oner Doser, of Soru Astrolojisi: Horary Astrology (Astroloji Okulu, 2015).

Deborah established her own horary course in 1996, in a completely unique format, which demonstrates theoretical principles through their application to chart work. This approach was motivated by her observation that many astrologers who gain qualifications in horary courses, admit to knowing the theory, but lacking the confidence to apply the techniques in practice.

In 2010 Deborah was awarded the Charles Harvey Award by The Astrological Association of Great Britain in recognition of her 'exceptional service to astrology'. In 2012 she received the Jayavidya Cultural Association International Award for her cultural contributions to the field of astrology. In 2018 Deborah received the UAC Marion March Regulus Award for 'advancing the theory and understanding of astrology'.

In her four decade development as an astrologer, practical application has been a persistent hallmark which has defined Lee Lehman. Lee has a Ph.D. in Botany from Rutgers University. She is author of The Ultimate Asteroid Book (1988), Essential Dignities (1989), The Book of Rulerships (1992), Classical Astrology for Modern Living (1996), The Martial Art of Horary Astrology (2002), Astrology of Sustainability (2011), Traditional Medical Astrology (2011), Classical Solar Returns (2012), The Magic of Electional Astrology (2014), and a translation from the French of Papus’ Astrology for Initiates, available for purchase here. Lee is the former Academic Dean of Kepler College, and has taught regularly at the Midwest School of Astrology and Avalon School of Astrology, as well as serving as a faculty member of the STA and Principal of the STA Medical Program. Lee has trained students in horary, medical and electional astrology all over the world, in both live and online formats.

An early adherent of the current neo-classical movement in astrology, Lee’s focus has been to speak the method of classical astrology in modern language, and to help encourage people to learn how to apply ancient knowledge in modern systems. Her Perennial Herbal takes ancient astrological herbalism onto the web.

Lee was the recipient of the 1995 Marc Edmund Jones Award, and the 2008 UAC Marion March Regulus Award in the category of astrological education.

Eve Dembowski runs her astrological practice in Melbourne, Australia. She has trained as a musician, flower essence therapist, and astrologer. She was one of the founding members of the Flower Essence Foundation of Australasia, (serving as its president in 1999-2000); and in 2009 and 2010 she was one of the conveners of the Regulus Traditional Astrology Conference, held in Australia.

Eve first became fascinated by astrology at the age of 11. She has 20 years’ experience as a practicing horary astrologer and has been tutoring for the STA since 2013, being the first of our tutors to develop the course into a format for online delivery. In addition to her Master’s Level Diploma from the STA, Eve studied medieval astrology with Robert Zoller and her astrological qualifications include diplomas from Astro-synthesis and the Federation of Australian Astrologers (FAA), in which she was awarded the silver medal of excellence for the Interpretation exam.

Eve consults, teaches, and frequently presents workshops and lectures on traditional astrology and astrological philosophy. She has had many articles published in the FAA journal, The Mountain Astrologer and Astrolog. Eve presents STA courses through classes with small study groups in Melbourne, over distance as part of hte online tutorial team, and as residential intensives.

Eve's personal astrological blog is at astrologicalmind.wordpress.com. She can be contacted via email at eve@sta.co.

Wade Caves, based in New York, USA, is an astrological consultant and educator specializing in horary, electional and classical astrological technique. Wade was certified with honors from the Mayo School of Astrology in London, and has expert knowledge of both traditional and modern psychological methods of chart delineation. Wade's passion is in understanding the historical and philosophical origins of astrological symbolism, whilst finding new and reliable ways to put this information to use in a consultation setting. He is the editor and annotator of the 300th anniversary edition of William Lilly's History of his Life and Times (Rubedo Press, 2015).

Wade received his certification as a horary practitioner from the STA in 2013, and now serves as a faculty member. He began tutoring for the STA in October 2015 and delivers the Practitioners Level Horary Course as an intensive attendance program and online.

Wade has a busy consultation practice, lectures widely and publishes frequently on horary through journal articles and online podcasts. Wade's personal website is at www.wadecaves.com. Wade can be contacted via email at wade@sta.co.

Jupiter Lai teaches astrology in Hong Kong, China and Malaysia. She is the co-founder, along with Rod Chang, of the Academy of Astrology, which was founded in 2008 with the aim of promoting Western Astrology to Chinese speakers. Jupiter lectures on a wide range of astrological subjects and also incorporates Chinese astrology, I-Ching and Feng Shui into her own astrological practice. Through the work of the Academy, Jupiter has helped to introduce many international speakers to Asia, where they have shared their astrological insights to local students.

Jupiter began her formal study of astrology with the Faculty of Astrological Studies, and later received certification as a horary practitioner from the STA in 2013 after becoming enthralled by the philosophical principles and techniques of classical astrology. Jupiter's personal website is at www.magiclife.com.hk. She can be contacted via email at jupiter@sta.co.

Click through the links of our available courses for details of cost and booking conditions.

Places on our courses are restricted to ensure that the study groups are friendly and supportive, with everyone able to receive the personal attention they need. 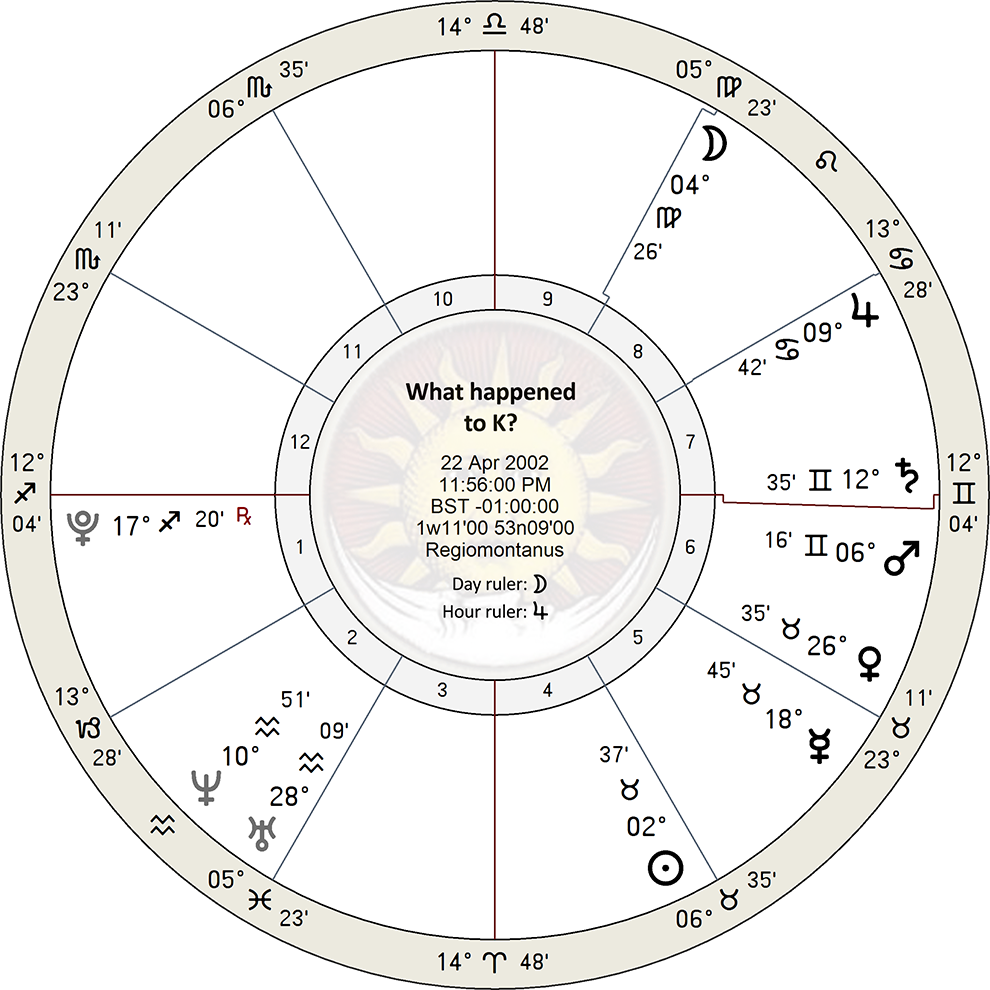